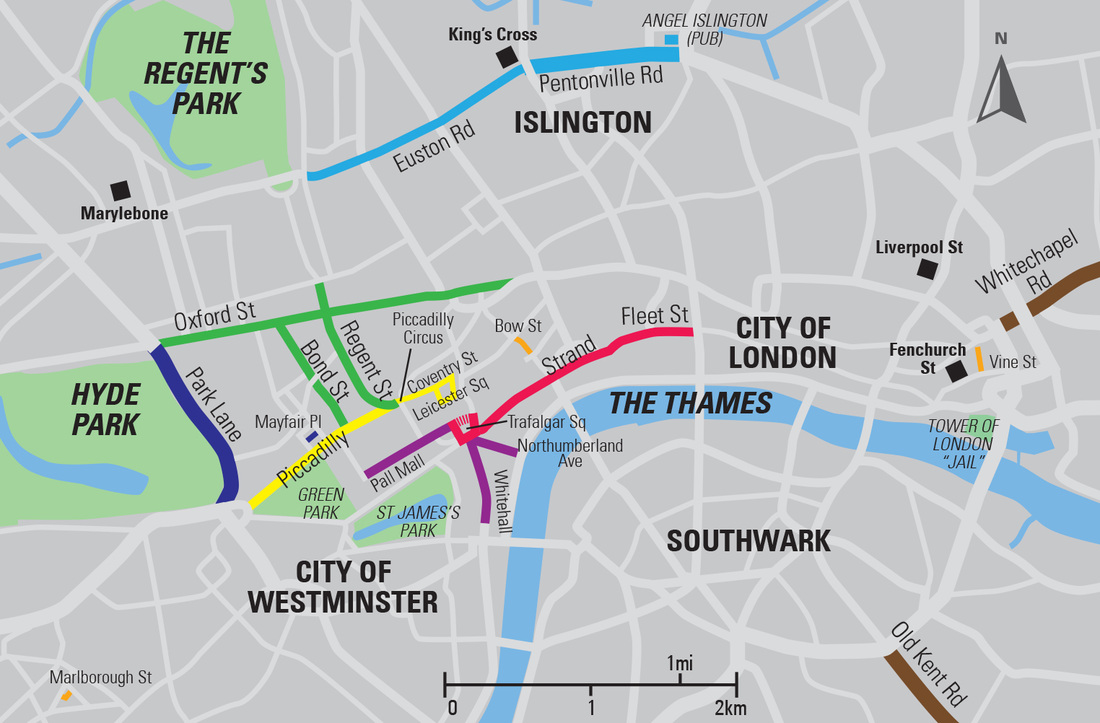 Map showing the location of the British Monopoly streets and stations.